It is no longer a passing curiosity; E-Commerce is a growing force to be reckoned with. After the dot-com bust of the turn of the millennium, companies like Amazon and eBay were forging ahead; the latter would become the dominant player in the game. But even with their growth, E-Commerce in the year 2000 was only representative of approximately 1% of total retail sales in North America.

In the years since, consumer confidence, as well as the secure technology to support online transactions, began to grow. In the first seven years following the turn of the millennium, commerce within the digital retail sphere was expanding at an average rate of growth of roughly 25% in year over year sales (between 2001 and 2007) while retail as a whole, was slowly growing at a more moderate rate of 4.27%.

Without warning, consumer confidence balked in 2007-2009 with the SubPrime Mortgage Crisis. Many lost their homes, jobs and their overall spending power, and with that, overall consumerism faltered and almost died. The previous average rates of growth in retail sales dropped precipitously, and into the red (2009 decline rate of 8.18% YOY). While overall retail sales dropped, E-Commerce managed to stay in the black, albeit at a much slower rate of growth, indicative perhaps of consumers stretching their dollars and seeking out the most “bang for their buck”.

In 2010, consumer confidence began to return slowly, posting a modest 5.71% growth in sales over 2009 for total retail, however still down 1.31% compared to 2006’s pre-SubPrime figures. E-Commerce on the other hand showed impressive rates of growth, surging up 16.75% over 2009, and more impressively, 47.72% over 2006’s figures. From 2006 to 2010,E-Commerce as a percentage of total retail sales grew from 2.93% to 4.45%, perhaps further indication of the evolution of the discount oriented consumer, or the confidence in the plethora of digital offerings.

Though its early starts were nothing to sneeze at, 2011 marked the emergence of “Mobile Commerce” (M-Commerce for short). It is probably not a far stretch to state that the smartphone is the most revolutionary product since the personal computer, mixed with tablets and now, phablets, M-Commerce took a small, but impressive chunk of E-Commerce sales at approximately $14B. While a small start, this represented 7% of total E-Commerce sales, and an almost imperceptible 0.34% of total Retail sales.

Flash forward to this past year (2014), where E-Commerce gobbled up approximately 7% of the retail pie, and of the $304.9 Billion generated in online sales in the US, nearly 19% was generated through M-Commerce at a whopping $57.9 Billion (roughly 1.2% of total retail). What is really impressive about the metrics (which are prominently featured in the IBM Black Friday and Cyber Monday reports) is that in a far shorter period than it took consumers to shift their buying habits to online, consumers are flocking to the mobile commerce bandwagon in droves. Today’s consumers are technologically savvy, comparative and selective shoppers, and social in their purchases and interactions. This past holiday season saw two emerging trends that are again, changing the retail game: Showrooming and Webrooming.

Showrooming – With Showrooming, consumers (armed with their smartphones) will wander the store, examining, or perhaps trying on the items they are interested in purchasing, while simultaneously searching online for a better price or deal. Here the consumer still needs to invest in the tangibility of the object before purchase.

Webrooming – Webrooming is the opposite of showrooming. The consumer will conduct their research offsite (Via desktop/Mobile) to decide when and where to make their purchase, be it in store or online. The consumer then has the option to visit the retail location to finally decide if they wish to purchase, whether or not they physically purchase it at the store.

Regardless of the method, the consumers are “arming” themselves with information, and seeking out the best deal for their purchases. This is the new reality that retailers must face, and embrace; and while E-Commerce and M-Commerce are still growing forces, and brick and mortar still dominates, there remains nonetheless a hard push into digital purchases. Another fact that retailers must face is the overall will of the consumer, who are demanding omni-channel shopping experiences, or rather the ability to be able to shop how, when and where they choose: A seamless experience. Retailers must adapt to the customer in order to survive in a very competitive arena, but in order to keep up with the Webroomers and Showroomers, the following options should be present:

Today’s retail and E-Commerce marketplace is awash with options and deals to entice their customers to shop with them. With Giants like Amazon and Walmart dominating the E-Commerce scene, it becomes readily apparent that in order to keep your customers, one must develop a strong omni-channel strategy. Consumers today are now demanding a consistent and convenient shopping experience everywhere and anywhere they are. Being able to present the customer with enough choices, the best prices, and flexibility in the way that they wish to shop is the key to obtaining, and keeping their loyalty. 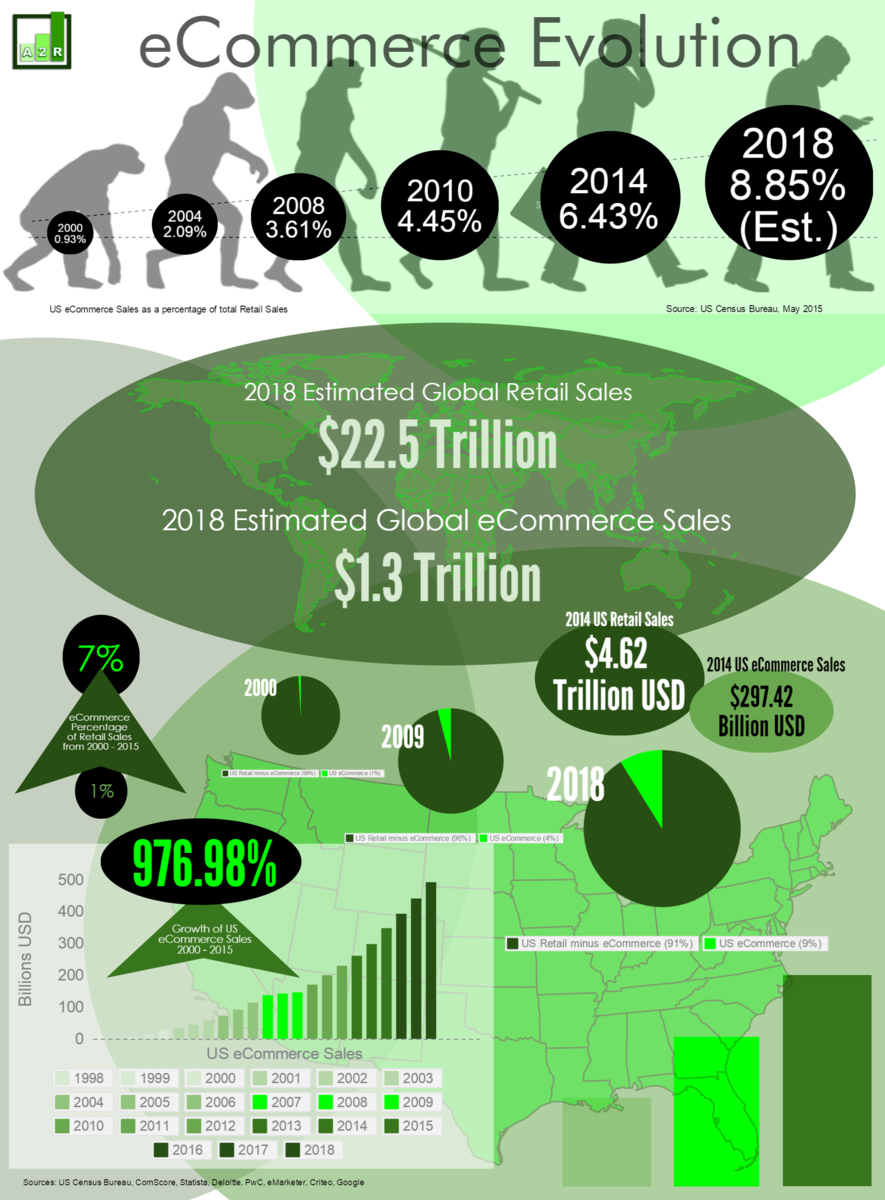